Just added to your cart

#10 Michael Myers - Michael seems to make the top 10 every year and 2022 is no different. Halloween Ends comes to theaters October 14th and Michael will remain the king of Halloween.

#9 Thor - It would be easy to say super hero costumes are going to be popular this year and just lump them all together. There were a few new super hero movies that came out in 2022 that are going to influence this list quite a bit. It seems like there is a new super hero movie every month and people just can't get enough. THOR: LOVE AND THUNDER was a major hit in the box office and in turn we are going to see Thor's of all ages on October 31st!

#7 Batman - This is the second super hero on the list. Batman is always a popular costume and this year’s release of The Batman has brought the dark knight out of the shadows. 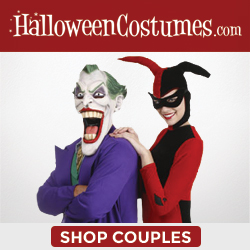 #6 Top Gun - Maverick is back and so is his jumpsuit. Top Gun is another 2022 blockbuster film that will be well represented at Halloween parties. 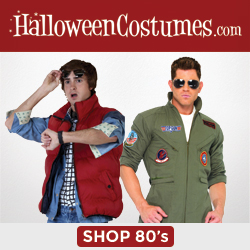 #5 Spider-Man - This web-slinger is definitely the most popular super hero in 2022. Between the 1.9 billion at box office, cartoon on Disney Jr, and Disney +'s announcement of a new Spider-Man series, Spider-Man costumes will be flying off the shelf. 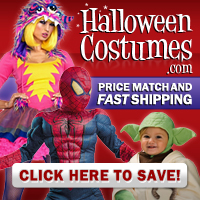 #3 Buzz Lightyear - Pixar's 2022 Lightyear movie has brought new life to the iconic Buzz Lightyear character. There will be lots of little Lightyears running around yelling "to infinity and beyond" this Halloween.

#2 Star Wars - Star Wars is always a popular choice for Halloween costumes. With Disney +'s recent releases The Book of Boba Fett and Obi-Wan Kenobi we plan on seeing plenty of little Jedi's and bounty hunters running around. 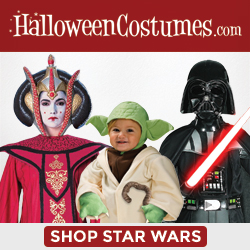 #1 Stranger Things - Everyone is a buzz about the new season of Stranger Things. There are going to be lots of Hellfire Club members trick or treating this year!